David Feign had his head in the clouds since childhood. Since looking up at the Spirit of St. Louis flying over his native New York, he never looked down again. He bought a Cessna 120 before he ever owned a car. Not content to simply pilot a plane, he had an insatiable curiosity about how things worked, as well as an irresistible urge to tinker and make things work just a little bit better.

It was his dream come true to work with the National Advisory Committee for Aeronautics (NACA; the precursor to NASA). There, and later at Cornell Aero Labs, his innovative work in analyzing aircraft stability in wind tunnels led him to his next great life's passion: computers. He developed the software for the first computerized wind tunnel system in the world, and was invited to leading universities to lecture on the brand new concept of real-time data analysis. His combined expertise in aeronautics and computers led him to the newly developing Silicon Valley of the 1960s, in Orange County, California, where he joined North American Aviation (now Boeing), where among other things he developed the software for the FADEC computer, the first computerized control system for aircraft engines, used on the F-111. Later he single-handedly solved the problem of preventing the Space Shuttle from tumbling down and burning on re-entering the atmosphere, due to hardware limitations in the onboard computer. Using tricks that he'd acquired in decades of computer work, David Feign discovered ingenious techniques for speeding up control systems software and shrinking its size, and making the space shuttle flight possible.

In the meantime he helped set up the world's first fully computerized university, the University of California at Irvine. It was during this effort that he created the system of protecting user identities by replacing log-on passwords with asterisks as they typed.

Back when computers such as UCI's were the size of three-story apartment buildings, David's children remember listening with skepticism when he insisted that in their lifetimes there would be a computer in every home, if not in every room. Who would have believed him in 1966?

Some of his last work before retiring was initial research into software for pressure-sensitive digital drawing tablets. Who would have believed in the mid-1980s that computers might one day be used as paintbrushes? His son Larry, a professional cartoonist and animator, didn't.

He always thought of himself as a teacher as he enjoyed passing along information to others. Education was strongly stressed by his parents, which he passed onto his children. At age 7 or 8 he enthusiastically helped school friends with their math homework. He taught at UCI as a Teaching Assistant and a Teaching Fellow from 1965-1977. When he retired from Rockwell International, he went to Chapman College as an Associate Professor, realizing a life-long ambition to be a College Professor. He taught Math and Computer Science courses.

Photography was David Feign's third life's passion, but one which he kept separate from his professional life. Wherever he traveled he couldn't resist picking up odd and locally-made photographic equipment. He amassed a collection of over one hundred cameras from countries around the world and used nearly every one of them.

The great passion of his life was, of course, his family. With four children, six grandchildren, and a cousin, it seemed, in practically every city on earth, he remained closely involved in the lives of those he loved until his final days.

Modest about his accomplishments, he never sought awards or fellowships. Nevertheless, the principal computer science professional association, Association for Computing Machinery, recognized him as an ACM Pioneer, and the University of California inducted him as a 2009 Distinguished Alumnus. He organized and headed the OC Chapter of the Independent Computer Consultants Association. He was instrumental in designing the computer science section of the Discovery Science Center in Orange since its founding in 1984. He was a member of MENSA and a 50+ year member of IEEE.

Dr. Feign might actually be proudest about the fact that he was one of the longest-ever card-carrying members of the Aircraft Owners and Pilots Association. 62 years with his head in the clouds.

Dr. David Feign passed away peacefully at his home in Palm Desert, California, surrounded by family, on October 19, 2011, at the age of 88. David Feign was a Southland resident for 53 years. He is survived by his wife of 57 years, Dorianne, and his four children and six grandchildren.

Give to the David Feign Ph.D. '80 Memorial Fellowship Fund 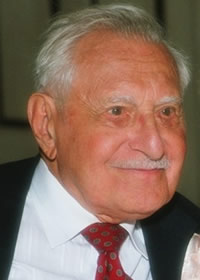 The David Feign Ph.D. '80 Memorial Fellowship was established to assist a student at the University of California, Irvine, who has the curiosity, passion and technical knowledge to continue Dr. Feign's life's work of applying computer science toward practical applications in aeronautics and space technology.